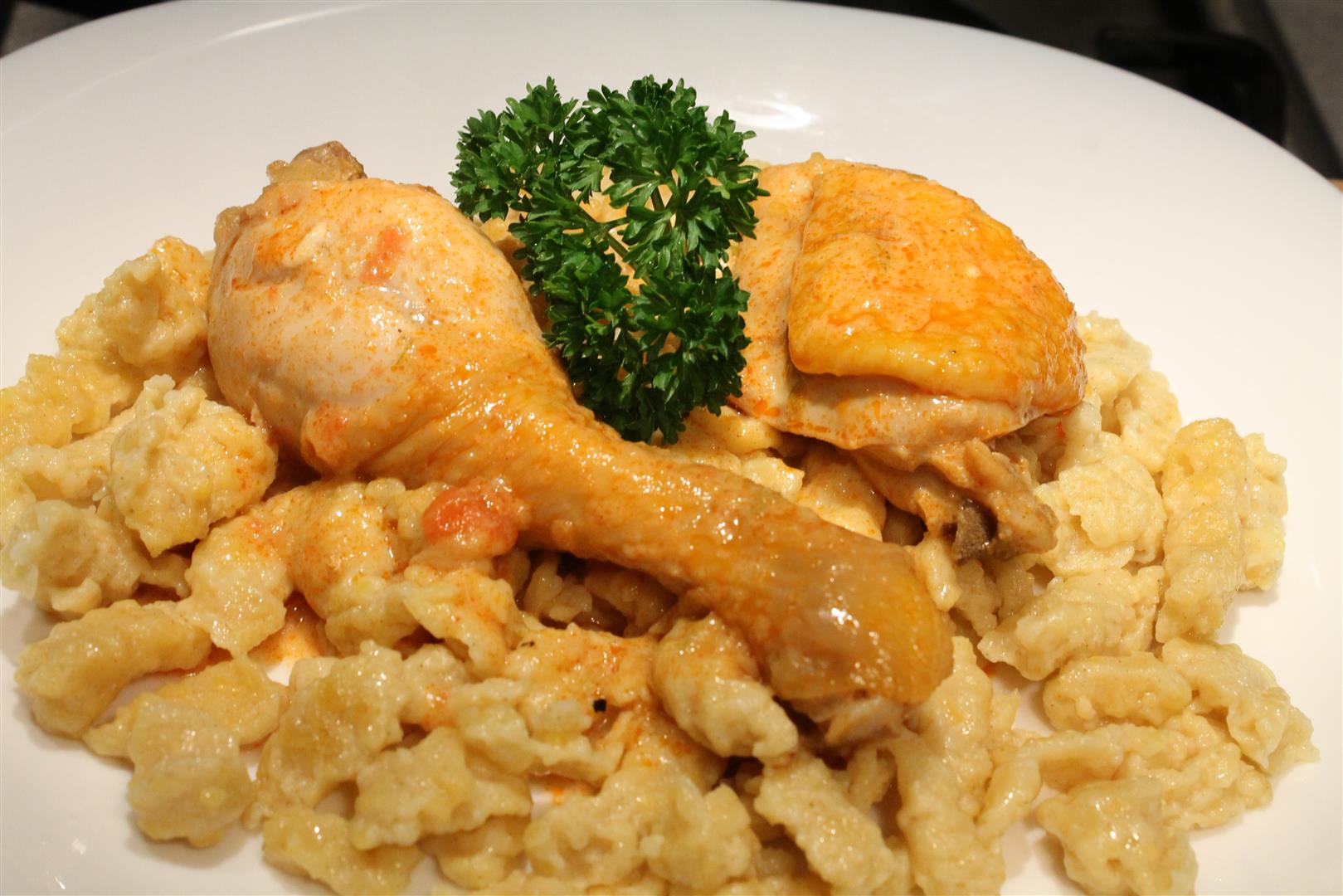 Paprikash (or sometimes spelled paprikas) [Hungarian: paprikás] is a general term in Hungarian cuisine for stewed meat or vegetables cooked with paprika and seasoned with sour cream.

Although chicken paprikash is the best known paprikash around the world, there are different variations that are as popular in Hungary as the one made with chicken. Read on to see the list of the most popular paprikash recipes.

How to make paprikash?

Different ingredients may call for slightly different paprikash recipe, but here is a base description on how a good Hungarian paprikash is made:

Onions are sautéed on vegetable oil or fat until golden. Then a good amount of Hungarian paprika (depending on taste 1-2 teaspoons per serving) and the main ingredient is added – see the list below.

The dish is then slow cooked with some water, and the result is a thick stew with very intense flavors. When it is done, a good amount of sour cream (usually thickened with some flour) is added to get the unmistakable taste of paprikash.

It is important to note that the addition of sour cream is necessary to the dish to be called paprikash. Without sour cream the same dish is called pörkölt – another staple food in Hungarian cuisine. There is one exception however, potato paprikash (paprikás krumpli) where it is up to your taste if you add sour cream or not.