In Budapest there are three main train stations: Nyugati, Keleti and Déli – meaning Western, Eastern and Southern in Hungarian, respectively. Several smaller train stations serve this city, Kelenföld and Kö-Ki being the most important.

If you have to travel by train in Hungary (or from Hungary), always check your railway station before departure, because these main train stations in Budapest are relatively far from each other. It’s definitely not a good program to run from one railway terminal to an other in hopes you can catch the train. 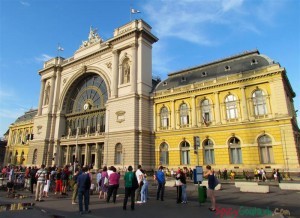 Also serving the north-eastern, sud-eastern and north-western part of Hungary, Keleti is the busiest train hub in the country. It was named after its location and the train lines it used to serve at the end of the 19th century: Eastern Railway Terminal.

Both M2 and M4 metro lines stop here, the latter having on of its terminus. The busiest bus route (7) also serves this station along with several trolleybuses. 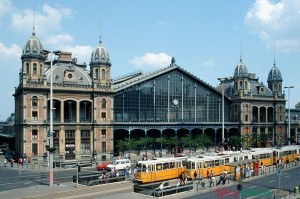 A staple building of the Hungarian capital, Western railway station was designed by Gustave Eiffel’s company, the same architect who designed Eiffel-tower in Paris.

The name Western Railway Terminal comes from the name of the company financing the construction back in the 19th century, and has nothing to do neither with the location (it lies in the north-eastern part of the city center) or the train lines it serves (mainly Eastern-Hungary). 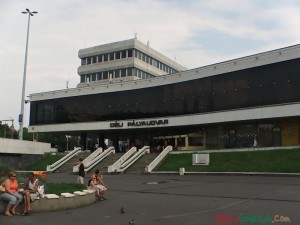 Déli means Southern – this railway terminal serves mostly the Transdanubian (west of Danube) cities and towns. In summer the train lines to Lake Balaton are the most popular ones from Déli Railway Station.

Due to its relatively small size, these days Déli Railway Terminal mainly serves local trains. Some international trains – to Zagreb and Sarayevo depart from here.

The terminal is located at the Buda side of the capital city. It’s the terminus of M2 metro line. Several buses and trams also stop here.

Other important Train Stations in Budapest 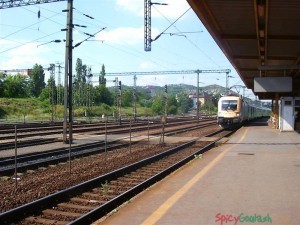 Although not a terminus, Kelenföld is a very popular and busy railway station for people travelling west of Budapest, having the name of the very part of the city it is located in.

This railay station collects all lines coming from Déli and Keleti Terminals going through the western part of Hungary – local, express and international trains. 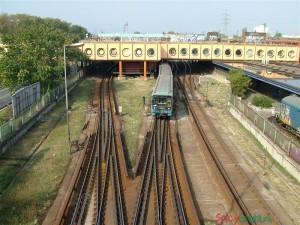 Besides Kelenföld station, Kőbánya-Kispest (simply abbreviated as ‘Kö-Ki’ in Budapest slang) takes an important role in Budapest train system. The name of this station comes from the two parts of the city (Kőbánya and Kispest) it is situated between.

Trains to Eastern Hungary (Debrecen-Nyíregyháza) and to the south-east (Szeged) stop here, along with trains going and coming from Liszt Ferenc International Airport.

Kőbánya-Kispest is the terminus of metro line 3 and several bus lines in the south-eastern region of Budapest. Bus no. 200 departs from here, being a cheap yet convenient means of transportation travelling to the international airport of Budapest.

Often times when changing train lines in Budapest, you have to travel from one station to another. Here are the easiest public transportation routes between the main railway terminals:

Where to buy train tickets in Budapest?

At every railway terminal there are ticket offices where you can buy your tickets instantly. Online train ticket service makes a pretty good job in Hungary – you can pay up front from your home, even print your ticket with your own printer. Check out http://www.elvira.hu/english/index.php where you can also find an interactive timetable for trains running in Hungary.